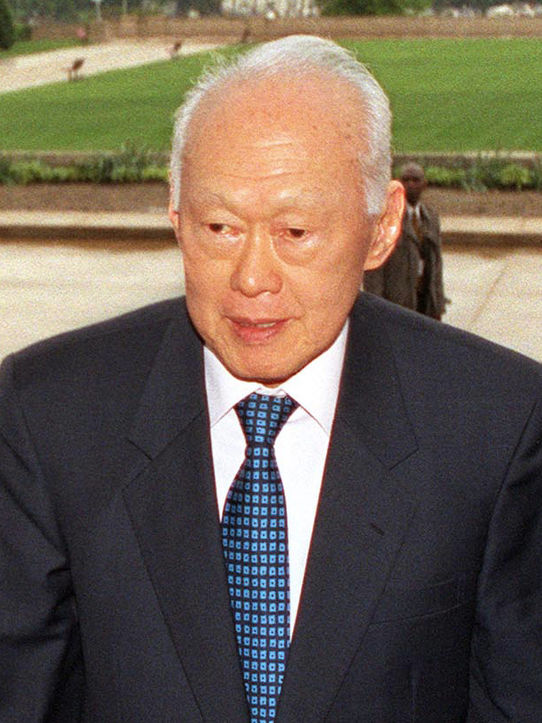 The wise old man has spoken, and pearls have come out of his mouth. One pearl had F1 race written boldly on it, and another had a rainbow sheen. Just a sheen, a trick of the light upon the smooth surface.

Minister Mentor Lee has, surprisingly, given his stamp of approval for the decriminalisation of homosexual sex in Singapore. Following this widely-publicised interview, Reuters questioned him further on his change of heart. As to the motivations of his statement, it is painfully clear that it is bourne out of economic sense than any amount of sympathy towards human rights.

Those who remember the furore over the penal code some months ago will understand the relevance of his comments. The bill has not gone through a parliamentary reading yet, and at this point, public debate is important if we are to change any minds. MM Lee's comments have indeed sparked a public debate. The Straits Times Forum page is evidence enough of this.

Or has it really? Do the majority care whether gay men are allowed to have sex? If you inspect the identities of those people whose letters have been published in the ST Forum, they are mostly English-educated professionals. But of course, we have to keep in mind, we do not see majority of the letters that have been sent in to the forum… indeed many gay-positive letters have been censored or not let in. Also, there is absolutely no debate visible in the Lianhe Zaobao, the Chinese daily, which raises the question if the Chinese-educated section of the population gives a hoot about the issue.1I am not aware of any debate in the Tamil Murasu and Berita Harian.2

I will not go into a detailed rebuttal of the letters that have been published... suffice to say many of the homophobic ones reiterate the tired old 'AIDS and gays' mantra, and empty phrases about family values and marriage. There was even a doctor who wrote in, weighing in his views as a medical practitioner, backing up his points with misused medical facts. Interestingly, the gay debate has sparked a secondary argument, about god/religion and its place in politics and public policy. As usual, many zealous Christians have written in to defend their rights to impose their values on everyone else.3 And every last one of these dumb, no-logic letters have been published, leaving the intelligent letters in the dustbin. Makes me wonder about the ST editors.

Does it make any difference at all, in the end? The homophobes and the pro-gay people can argue back and forth till they are blue in the face. Neither will change each other's mind, and the debate will be locked in stone. Will it make an impact on the neutral public? Perhaps, depending on how you argue it. Will it make a difference for the MPs, who are eventually going to decide our fate? Maybe. If public opinion is positive enough, they might stop worrying about the so-called 'conservative majority'4 Though MM Lee has given us a very vague yes, it is a yes nonetheless, and as with his previous liberal pronouncements [the Casino issue, Crazy Horse etc], there is a strong hope for this to be passed, if we keep fighting. If not this amendment, maybe in the next few years. We need more Christian folk to write in with positive views, rebutting the fundamentalist views. We need the heartlanders/Chinese-educated to speak up.

Most of all, we need the gay population in Singapore to snap out of their apathy and start doing something for themselves. This war will not fight itself.