What if I'm gay? A coming out guide

"What if I'm gay?" is a basic guide to the common concerns we have when communicating with others about same-sex attractions and relationships. It covers topics from the process of coming out to oneself, parents or friends to commonly used terms and myths about being gay.

Particularly suitable for those just coming out to themselves or preparing to come out to others, this book also contains insights and practical suggestions for everyone else. Real-life stories and a list of online resources are included to support readers in their individual journeys.


About the Author
Sayoni is a non-profit organisation based in Singapore for lesbian, queer, bisexual and transgender women. This project was wholly written and funded by volunteers. All proceeds from this publication will go towards funding programmes that contribute to advocacy, knowledge and building the community.

S$15 (including local shipping within Singapore)

To purchase this publication in hard copy, please fill out this form (opens in new window).

For international orders, do send an email to This email address is being protected from spambots. You need JavaScript enabled to view it.. 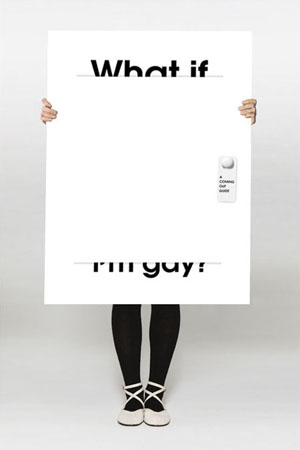 This is a guide for people of all ages and genders, who have ever asked themselves the question "what if i am gay".
Download it today!

That is one of the first questions we all have faced at one point or another. If you are reading this page, it already means you have taken the first step on the journey of discovering your sexuality.

If I have had crushes on girls, does it mean I’m a lesbian?

“Tsk, a few choice words was all it took to get your wrinkled, saggy titties in a knot.

Such a long diatribe. The reference to your mama didn't escape me. Did you have a knife at her throat so that she'd say only what you want to hear? Afterall, lesbians, esp the butches, are known to be more violent than any male.

I guess u ain't woman enuff to realize this. But the bitterness that u feel? Caused by ur anti-govt sentiments in ur other diatribe abt the Smile! campaign. Imagine taking something as innocent as a smiling campaign and turning it into some lesbian agenda.

I guess it's true: Butches have a lot of bitterness.

The smile campaign is supposed to be a good thing. Trust some penis-envying butches to twist it into some political agenda to brag about their own sexual perversions.

It's just a feel-good campaign you motherlickers!

Oh, and that rant about the govt not accepting you abnormal-sex types?

The only reason you anti-govt traitors are alive is becuz of the govt. They built the hospitals & trained those doctors so that your (straight) mamas can squirt you outta their wombs. You coulda been born in some god-forsaken ethiopian wasteland and died soon after birth becuz of malnutrition. It's the S'pore govt that made sure you still breathe.

Here are some common misconceptions that homophobes have of the lesbian community.
We have put together some existing resources to rectify these misconceptions.

For this myth, please read the article below. It gives an idea of how “normal” is defined.
http://blog.sayoni.com/2006/01/31/why-homosexuality-is-not-a-mental-sickness/

No.
It doesn’t make sense to hate heterosexuals- being straight or gay is only a sexual preference. It does not make up your personality or character.

Lesbians also work with and befriend straight folks- both male and female. Contrary to what many believe, friendships between straight men and lesbians are possible.