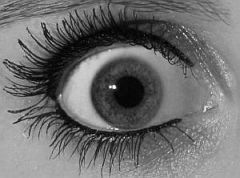 I’m dreadful when it comes to remembering people’s names, especially Chinese ones. But I have a better memory for the conversations which I have, especially if the conversation is memorable because it is witty, engaging, enlightening or even downright annoying.

One conversation which has stayed in my mind is the one I had with a another lesbian when I was first coming out, and she eventually became a good friend. She was sharing her experiences about living as a lesbian in Malaysia with me and during that conversation she mentioned,

“Gay people can be very homophobic because of their internalised homophobia.”

Being unfamiliar with gay issues at that time, that statement came as a surprise to me. After all, I thought, how can we be the very thing which we detest in others? It is easy to point the finger to another group and say, “They are responsible for the injustices brought against me.” It is quite another thing to look inside oneself and realize that the same elements of prejudice may indeed exist inside oneself.

What is internalized homophobia? My friend explained that it happens when a gay person feels that being homosexual is wrong or immoral. In other words, internal homophobia arises when a gay person is unable to accept and love her/himself as a homosexual. We are bombarded everyday by hetero-centric themes, images and stories, so much so that it has become a hardwired notion in most of us that being heterosexual is the only way to be. Anyone who doesn’t fit into the heterosexual mold is considered to be deviant or going against nature. It can be very difficult to overcome these deeply ingrained beliefs.

Internalised homophobia has much to do with being in the closet. I was in the closet for 15 years and during that time, I kept denying that I wasn’t gay, because being gay was not “normal” and being not normal was too frightening to contemplate.

Much as I tried to suppress it or run away from it, these feelings of my strong attraction towards women kept coming back but I kept telling myself that I wasn’t gay. How did my internalized homophobia manifest itself? Here’re a couple of examples:

1. I attempted to pass off as heterosexual – I dated men, just to try to convince myself that I wasn’t attracted to women. Of course that didn’t work, simply because there was no attraction whatsoever on any level with the guys I dated. They were and still are my buddies and that was that.

2. I tried to convince myself that the relationship which I had with a woman in my early 20’s was a one-off aberration of youth. I attempted to brush it off as one of those things which happen when you’re young but it’s not going to happen again. How many times have you heard — I am not a lesbian! I just happen to love this one woman. Yeah, right.

3. Not being able to come to terms with the undeniable attraction I had towards women, I suffered from low self esteem and had a negative view of my body image.

4. I expressed homophobic views and emotions, because I was actively attempting to distance myself from gay people. By distancing myself from gay people I tried to reaffirm my position as a straight person, and this contributed to my avoidance of my potential labeling and consequent treatment as a homosexual.

These are just a few examples, but looking back from where I am today, my deeply ingrained internal homophobia was one of the reasons I stayed in the closet for as long as I did, to the detriment of my mental health, happiness and peace of mind for the larger part of my adult life. It prevented me from exploring my sexuality, from seeking help and support, from talking about it with my closest friends, it made me lie to myself about who I really was. I couldn’t speak out against homophobia when I was struggling with my own internal homophobia.

Read more about homosexuality – upon reflection, my journey out of the closet started when I started to read extensively about homosexuality on the net, about the lives of other gay people who were successful and happy and about the fluidity of human sexuality. Being able to surf the net for this information in the privacy of my room felt safer than reading about on those issues on the rare occasions I found books on sexuality in bookstores. One of the sites which I liked most was www.hrc.org which is the Human Rights Campaign Foundation site. Knowing more about homosexuality helped me to overcome my paralyzing fear about being different. I hate it when I hear people saying that I chose to be gay. I reply that one must be insane to willfully choose to in a group of people who are so misunderstood, discriminated, demonized, marginalized and damned as unnatural by general society. Yes I am different, but I am also an equal in society and nobody should tell me how to live my life.

Love and accept yourself as a gay woman – Knowing that being gay is natural in that it is part of the human condition has empowered me to stop hiding, to be happy and honest with myself. Felt like a new person after I came out to myself and at this point in time, to almost everyone I know. Some of my straight friends ask me why do I have to tell people I am gay. Why should I hide it, I ask. I’m not ashamed of it, it is a part of me, just as much as being Chinese or being a woman. Not least of all, I tell them that there is nothing wrong in being gay. I don’t shout it from the rooftops, but will tell people in the same manner as telling them where I work, what I do as a living, what I do in my free time.

Find gay affirming / friendly straight friends – Coming out is a great acid test of a friendship. Your real friends won’t and shouldn’t ditch you just because you’re gay. They should be so lucky that you trusted them enough to tell them. It helps to have people who are supportive and by people I mean people outside our “safe” group ie lesbian friends.

It would be good to hear others’ point of view about internalized homophobia in this forum, what their experiences are and what they would recommend to overcome it.

“I hear people saying that I chose to be gay. I reply that one must be insane to willfully choose to in a group of people who are so misunderstood, discriminated, demonized, marginalized and damned as unnatural by general society.”

=) No, not just insane. But masochistic as well.

Which is why i say: gay people who are out are one of the strongest people around.

There will always be homophobes running around- we met aplenty and knew their tactics and arguments by heart. Homophobes who don’t seek to understand homosexuality- they spew judgment based on misinformation or ignorance. Empty bullets.

Glad you overcame internalized homophobia. It’s�one of the most liberating thing you can ever do for your sanity and emotional health. =)
Reply
# lublubb 2010-02-01 23:56
#

hehehe. great post! besides being insightful, it was also engagingly enjoyable to read. “I am not a lesbian! I just happen to love this one woman.” totally killed me laughing. i thought this way too. erm
Reply
# wwaterbaby 2010-02-01 23:57
#

loved this posting.. this is the first time i have come across the phrase, ‘internalised homophobia’.. so this is the correct term for what i am feeling in my life right now..

well, this will help me immensely in my path to self discovery and i hope one day i will have the strength to fully accept & embrace myself as who i am.. with no guilt, no excuses, no denial..
Reply
# pleinelunee 2010-02-01 23:58
#

Waterbaby, you are welcome on our Forum anytime you want people to share your problems with. We know it can be a long and hard process, going through this “phase”.
Reply
# mitch 2010-02-01 23:58
#

great post, i really enjoyed reading that, and I can relate to ashamedly too much of it for my younger years.

i think you are right about how to overcome it. i have an awesome group of friends and am now involved in my local GLBT group, and i have become such a better person.

This post was very helpful. I have been out to many people for quite a few years but have never felt completely settled about my sexuality and able to really confidently share it with anyone. One of my friends said I have “internalized homophobia” and I could definitely relate to some of the feelings described. What a great day it will be when I am totally confident and secure in who I am. I am on my way there… Good luck to all others dealing with this as well.
Reply
# Melanie Clark 2010-02-01 23:59
#

Thanks for relating your process of working through internal homophobia. I don’t know any lesbian who has tried as hard as I have to be straight. From sleeping with men and being totally embarassed that my body doesn’t even awake with one, to talking about a past boyfriend in front of other straight women so as to pass as “normal”. The inner wear and tear on my soul from all this internalised homophobia has been painfully slow to eradicate from my consciousness. With the help of people like you who also has struggled with “coming out” to yourself, I get the courage to be at peace with myself. When and if I choose to let anyone else know who I truly am, will be a courageous day for me for I still worry about other’s opinions and gossip. Thanks for your courage and I hope someday to find my own.
Reply
# Dan 2010-02-01 23:59
#

I’m not a woman, but I’m a gay man…and right now I suffer from internalised homophobia, it’s just lying to oneself and it hurts so much. I’m glad to know that it’s not only me that goes through this. Thank you for sharing your experience, it was touching and inspiring. I hope i find inner peace as you did!
Reply
Refresh comments list
RSS feed for comments to this post