The feeling of falling into a deep pit is how Yiap Geok Khuan, 67, would describe her state-of-mind when she first received word that her daughter, Eileena Lee, 38, is gay.
Tears filled her eyes before she even heard the words. She had been in denial for years and her greatest fear was about to be confirmed – that the daughter she once dressed up in her own image – would turn out to be lesbian.

The bearer of the news was not Eileena though. It was her younger brother, who decided to call his mother at her office one afternoon, all the way from Australia, where he was studying.

Eileena had confided in her brother, and he chose to speak with their mother about it. His intention was not to tell on his sister, but rather, to ask Mdm Yiap to give Eileena emotional support, for she had been struggling with her sexual orientation for a very long time.

Mdm Yiap still vividly remembers that fateful day, down to the exact words her son had said to her over the telephone: “Mom, you have to remain very calm. I have something to tell you that’s very important, and I need you to be calm when I say it because this is not something that we can control or change, and we have to accept it as it is.”

This was back in 1995, long before pink dollar, pink tourism, penal code 377A or the AWARE saga found their way into the Singapore consciousness. 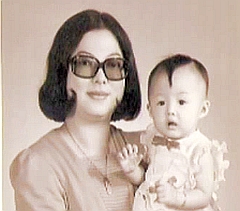 Highly distraught, Mdm Yiap began her search for answers. She looked around for information and literature about homosexuality, not quite knowing what it was that she was looking for. She admitted that she was flustered and "in two minds" about the situation. On the one hand, she was hoping to find answers on how she could change Eileena – to make her straight. On the other hand, she knew, deep down, that she may never find the answers she was looking for. This meant that she would eventually have to face up to reality.

During this period, Mdm Yiap did not confront her daughter on what her son had revealed to her. She was not ready for that. She chose avoidance instead. So from 1995 to 2001, Eileena became "invisible" to Mdm Yiap and their relationship turned cold. Mdm Yiap would take a "passive-aggressive" tact when interacting with her daughter, picking on insignificant, minute details to signal her unhappiness.

“I was confused and I may have given Eileena the impression that I didn’t love her then," she said. "That's not true at all, of course. My thoughts at the time were that I didn’t want a daughter like that; I didn’t want a gay daughter. So I avoided her because I needed to escape that reality. On the surface, I appeared very cold, but in my heart, I was always concerned about her,” she said.

All the books that Mdm Yiap had read about homosexuality were of little help. For sure, she received greater clarity on the facts and issues, but none of that knowledge adequately addressed her emotional distress at the time. She remembered reminiscing a lot about simpler moments in the past, where she would dress Eileena in pretty dresses. 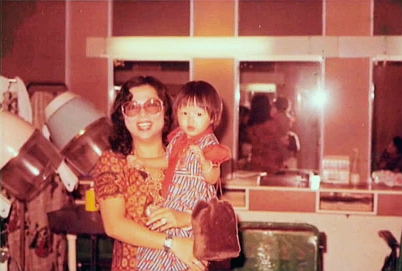 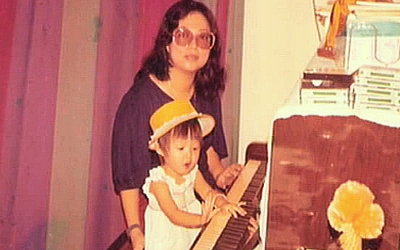 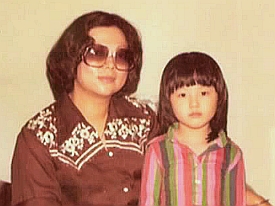 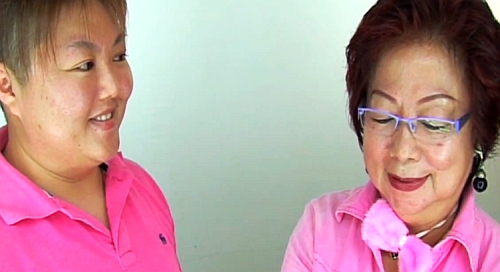 # Sunny Lov 2010-06-08 20:47
Dear Mrs. Yiap. there is nothing ambarrassed you, coz i haved the same story, my mom is 84 yrs old now, and i am the elder grandgirl in our big families,i haved 33 cousins and the only one who still single now. But my mom always loved me very much.
She know or not about my sexual orientation, i never asked her, so far she treat me very nice. I haved my first lesbian lover when i was 17 yrs old, at the last class of my high school, then i moved out from parents house at 19 yrs old after 2 yrs relationship with my first.
No even one words came out from my mom, never asked me why not to merried as i loved girls more than men.
That's my true story, please accepts what your doughter is, it will make you feel peace.
Hope all the best to you
Regards
Sunny Lov
Reply
Refresh comments list
RSS feed for comments to this post