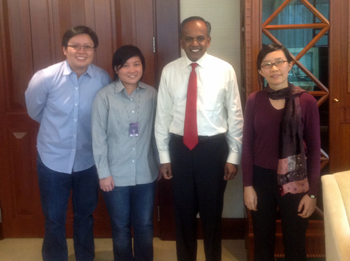 It all started on the 6th of October 2012 when, out of sheer frustration about the state of institutionalised discrimination against lesbian, gay, bisexual and transgender (LGBT) persons in Singapore, I left a note on the Facebook Page of the Minister for Law and Foreign Affairs, K Shanmugam.

I wrote of friends leaving and the National Conversation making no effort to remember that we are Singaporeans too. I highlighted our trip to the United Nations last year to present our shadow report detailing the kind of discrimination that the government so often denies. As I wrote, I got a little bolder and said that if LGBT citizens are not wanted, please tell us, so that we can all forget this struggle and move on to wherever we need to be.

Minister Shanmugam kindly replied, “There can be no suggestion that LGBT citizens are not wanted.” The bigger question is, with the diverse viewpoints in our society and often held strongly by various groups, the government is often caught in the middle trying to decide what would be acceptable to the majority.

I replied by speaking about retaining laws like 377A, which in turn informs or influences policies, creating a cascading effect felt deeply by every LGBT person in Singapore. The exchange went on a few more times and Minister Shanmugam suggested that we meet for a proper chat for him to hear us more on the issues.

Two men have filed a new challenge against Section 377A of the Penal Code. I'm sure most of us will be following the developments anxiously, to see if this law that signals that same-sex relationships are wrong will be overturned one day.

We reproduce the press release below.

30 Nov 2012 (Singapore) – A fresh challenge has been made today against s 377A of the Penal Code, which criminalizes physical relations between two men. Gary Lim and Kenneth Chee, partners for 15 years, filed the challenge following a recent landmark ruling by the Court of Appeal in Tan Eng Hong v Attorney General (“Tan Eng Hong”) that clarifies that the very existence of an unconstitutional law in the statute books may suffice to show a violation of an applicant’s constitutional rights.

Singapore is the only one among thirty-five advanced economies [1] in the world that criminalises physical relations between men, and one of only four countries in East and South East Asia [2] to do so. Though the Prime Minister stated in parliament 5 years ago that s 377A would not be ‘pro-actively’ enforced, there have been cases since where individuals have been threatened and charged with s 377A by the police, which was remarked upon by the Court of Appeal.

“I don’t live in fear every day that I will get caught by the police because of my relationship with Gary but I know that s 377A labels me a criminal,” said Kenneth.

Gary adds: “While lawmakers have stated in Parliament that s 377A will not be ‘pro-actively’ enforced, this is not enough because it leaves the possibility of ‘passive enforcement’, should someone decided to make a complaint against us one day.”

Statement from the ASEAN LGBTIQ Caucus


This week November 18, 2012 at the ASEAN Summit in Phnom Penh, Cambodia, the Association of Southeast Asian Nations (ASEAN) heads of state adopted the first ever ASEAN Human Rights Declaration (AHRD).  To the grave disappointment of representatives of the lesbian, gay, bisexual, transgender, intersex and queer (LGBTIQ) peoples through out the region, the declaration did not include protections for this highly vulnerable group.

We, the ASEAN LGBTIQ Caucus  are outraged and disappointed by the decision of the ASEAN Head of States to adopt the AHRD that excluded sexual orientation and gender identity (SOGI). Despite countless attempts and demands by the members of civil society, including LGBTIQ groups, to push for its inclusion, ASEAN have remained reticent to the attempts. This AHRD not only shows a lack of respect to LGBTIQ people but also makes a mockery of the international human rights values and principles that all nations and citizens abide by and are held accountable to.

“Evidently, the numerous failed attempts to engage with AICHR and the recent adoption of ASEAN Declaration with no mention of SOGI, sends a clear message that the human rights of LGBTIQ people are irrelevant to them,” explained Vien Tanjung, founder of Her Lounge.

I attended the Population Townhall on 9 Oct, a consultation organised by REACH and the National Population and Talent Division as part of public engagement initiatives for our population issues. Citizens who completed the questionnaire posted on www.population.sg were invited to attend the session.

I wanted to contribute more progressive input towards this initiative. The language used on the website and questionnaire was very heterosexual-centric. I kept seeing the phrase "get married and have children", although not everyone will want to get married before having children. This remains true even for heterosexual couples, who may feel that they are ready to be parents but not married couples. 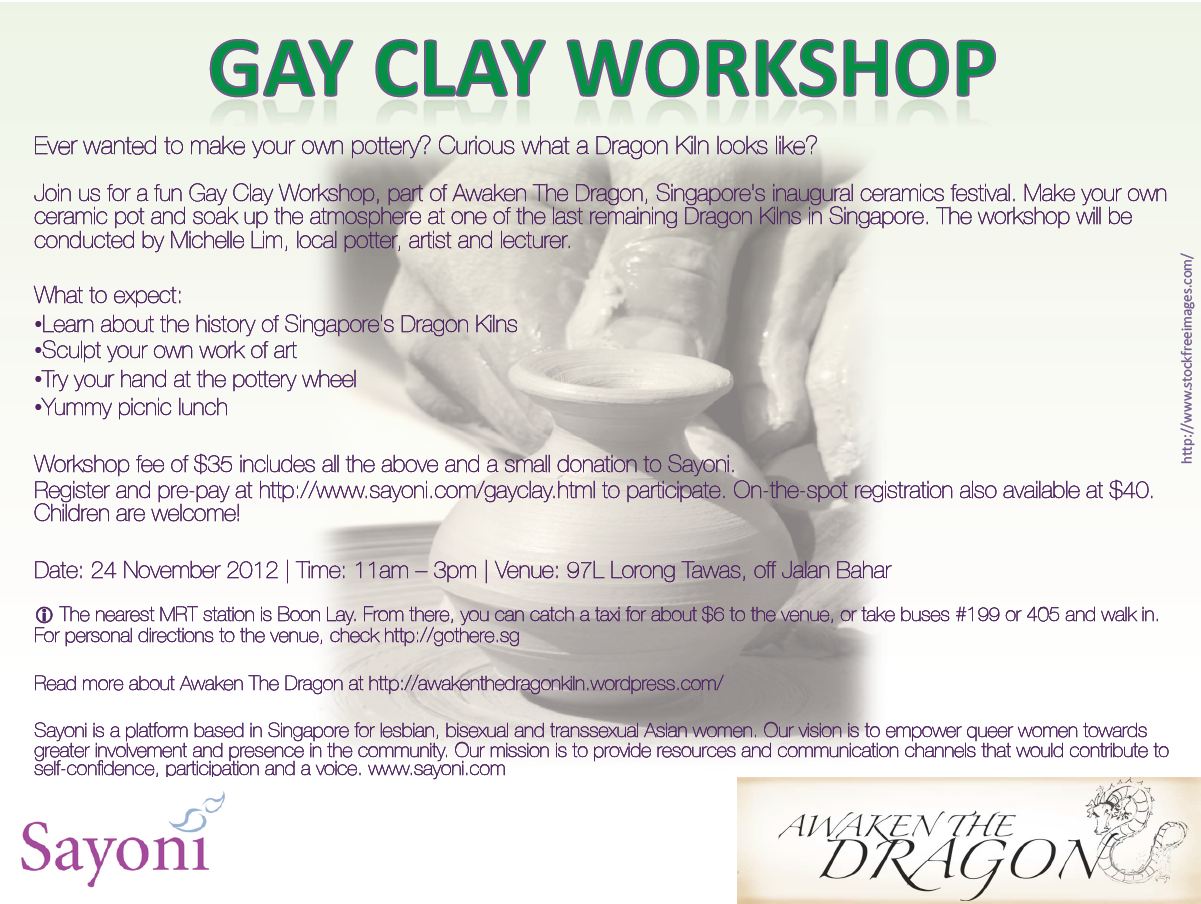