3.
By 17, I was beginning to handle my sexuality with greater confidence and assurance. I found myself increasingly drawn to the male gender and even ventured into a serious relationship with a senior at junior college. I was convinced then that a girl was a social misfit if she couldn’t nab herself a man. I thought then that all the initial oddities of my sexual orientation were part of a passing phase in early puberty. However, these confirmations did seem rather unsatisfying as I found that in moments of soul-searching honesty, I actually did not comprehend the intricacies of love and the sexual politics of heterosexual relationships. I was, at the risk of sounding cliche, in love with the idea of being in love. This explanation sums up all future encounters with men in the years which followed, especially in the face of pressures of dating in order to avert the stigma of being misconstrued a social pariah.

At 18, having gone through a couple of disenchanting associations with boys, I began to unleash the constraints of my inherent inclinations which I had kept in denial for a few years. For a good while I reviled these irregularities of $my inner psyche whenever I found a female attractive, but then another person would cross my path and re-awaken these repressed emotions.

This time it was a young teacher, not particularly attractive by commercial standards but she had an aura of serenity and self-possessed poise which drew my admiration, I fancied then that every nuance of a glance, smile or even a pat on the shoulder as a hopeful reciprocation of my affinity towards her. She seemed to me then to prolong our encounters at the corridor, or project meetings which we were mutually involved in. In my own egocentric reasoning, she seemed to treat me with special interest which I found gratifying, sometimes to the point of thrilling distraction. It did bother me that only once did a male affect me the same way when I was 14, but since then the same emotion has never re-surface. I found myself writing poetry and music more easily and needless to say, I was inspired to write a couple of songs about her. And the songs which I wrote before about men were often about the futility of love or the breakdown of relationships, which in comparison only served to ascertain that the female nature drew stronger emotional responses from me.

1.
I was six when I first realized that the male physique is very different from the female. I also noticed that both genders react very differently to situations. This, as you’ve probably guessed, I gathered from observing my parents.

I was brought up the old-fashioned way — that children should be seen and not heard, and so we only spoke when spoken to. My dad, to me then, was a force not to be trifled with. He meted out the more severe punishments when mum decided she couldn’t deal with us. This ranged from torrential, blood-curdling yells to the lacerations of the bamboo cane which smarted for days on end. Mum only raised that hollow voice which even as a child I could distinguish as non-threatening, at least to my tender posterior.

Six, and I was introduced to a world different from the confines of my secure abode. My eyes were opened to folks other than my elder siblings, who to me were just your playmates with the occasion to bully and treat you as the pesky kid you were. The first person to ever change my mind that bigger people were not all angry and mean creatures was a senior in the third grade who seemed pleasant and patient and kind. Being my classmate’s elder sister, I found myself comparing the way she treated her sister with the way mine treated me. For the first time in my life I understood what covetousness was, albeit in a strange context. I wanted so much for her to be my sister, to love and ’sayang’ me the way she did her own.

It’s funny how I’ve forgotten their names but what remains clear to me till today is that I actually dreamt (fantasized?) about this person and in my dreams I am rescuing her from some imminent danger. I even found myself trying to impress her by running faster than my puny capacity allowed during the games we played at recess, or jumping higher than my peers over the string constructed from rubber-bands (called ‘zero-point’) when she happened to walk by. But I knew that for some strange reason, I just wanted to do something brave for her. What I didn’t know then was where such an emotion was coming from but now I know I was doing what one would call transference of emotions and seeking approval, which were not fulfilled at home. 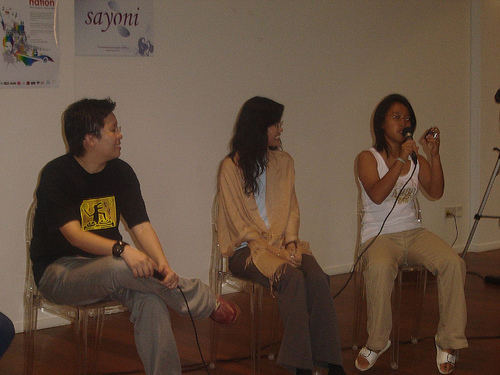 Part 3 of the L3 Forum: Discussing Dating and Relationships 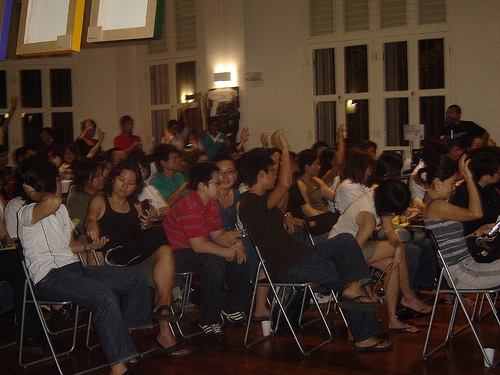